“If we don’t take significant action now, democracy as we know it is dead” 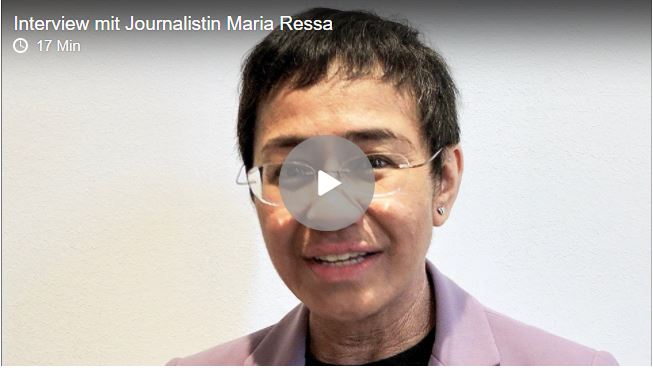 In an interview with Germany’s broadcaster SWR, Maria Ressa, CEO and Co-founder of Rappler, talks about social media and their impact on society. The Philippines are known to be one of the world leading users of social media like facebook, twitter, etc. For many people facebook equals the internet and has become their main source of information. Ressa highlights the dangers of this kind of media usage where opinions have taken the place of facts. On one hand due to the lack of journalistic gatekeepers it is possible that hate speech and disinformation spread rapidly on a global scale. On the other hand, the algorithms of social media are being consciously used in order to manipulate their users. Ressa reports that companies like Cambridge Analytica is using countries of the Global South like the Philippines as a testing ground in order to use them on a global scale later on. But the countries in question are paying a high price for this. “Governments like mine incite to hate against truth tellers, against journalists, against human rights activists” – and so this manipulation is costing the lives of many. However this manipulation is not limited to the Global south. „If we don’t take significant action now, democracy as we know it is dead. We in the Philipines are the dystopian future of Western democracies”