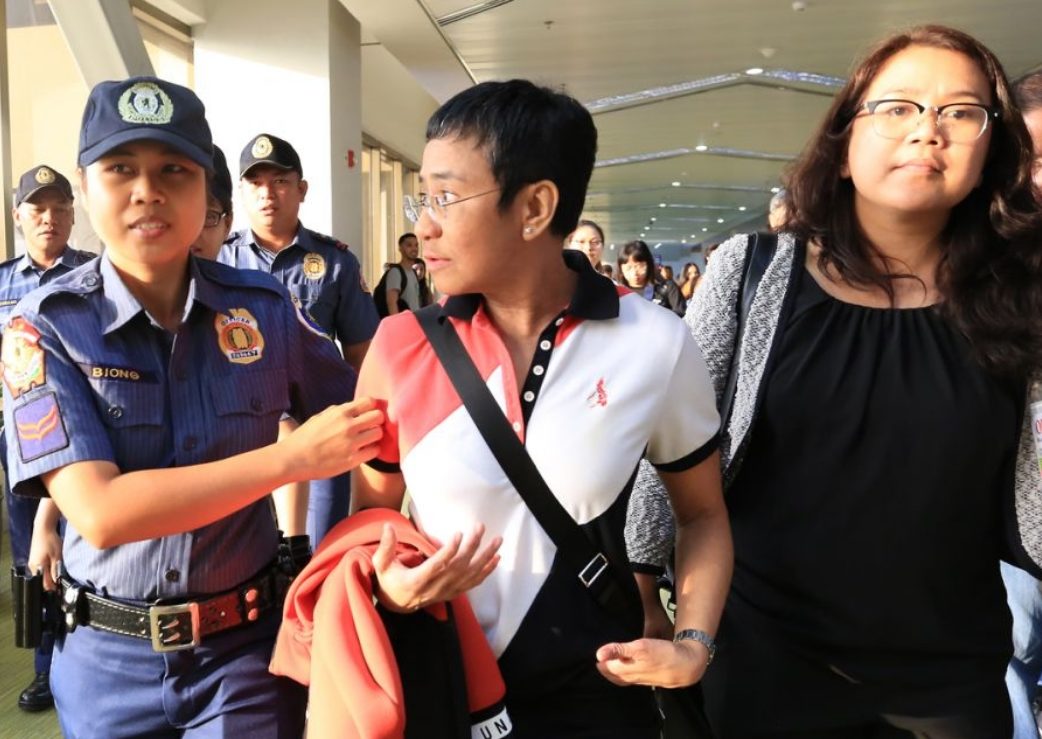 In 2018, Philippine authorities had charged Rappler with “constitutional and statutory restrictions on foreign ownership in mass media.” This had constituted a constitutional violation, ordering the closure of Rappler’s 2022 website. The government-critical journalist had already pleaded not guilty to this charge in 2020.

The Cybercrime Prevention Act of 2012 has been repeatedly misused as a political weapon to silence critical voices under the pretext of defamation charges. The recent conviction of a Baguio City journalist of cyber libel heated up another public debate on decriminalizing libel in the Philippines. On December 13, 2022, a Quezon City court convicted journalist Frank Cimatu over a 2017 Facebook post of cyber libel of former Agriculture Secretary Emmanuel Piñol. Cimatu received a prison sentence of a minimum of six months and a fine of 300,000 pesos.

On the same day, Opposition Senator Risa Hontiveros submitted a Senate bill that aims to decriminalize libel as a crime. Defamation is also a criminal offense in Germany. But in the Philippines, the high number of libel cases since 2012 has shown that libel laws are being instrumentalized. The level of punishment, such as a prison sentence of up to six years, is no longer appropriate in the digital age, argues Hontiveros in her proposed bill. The Philippine Commission on Human Rights (CHR) also called for the decriminalization of libel in a statement issued on December 21, 2022.

This call was echoed by the National Union of Journalists of the Philippines. The union stated that libel charges are unconstitutional and conflicting with the right to freedom of expression as enshrined in the Art. 19 of the UN Covenant on Civil and Political Rights (to which the Philippines is a signatory). The CHR, however, also acknowledged that the decriminalization of libel would require a “careful deliberation,” given the importance of laws against libel in the fight against disinformation.

On December 14, 2022, the Alliance of Justice or Pinagkaisahang Lakas Para sa Katarungan (Piglas) urged the EU in a letter to remind the Philippine government of its duty to guarantee the right to freedom of expression in the Philippines.