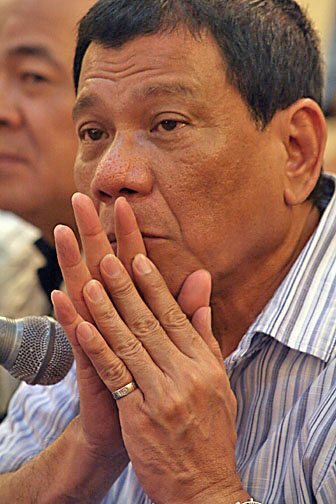 On September 15, 2021, the pre-trial chamber of the International Criminal Court (ICC) announced its decision: an investigation into crimes against humanity of murder between November 1, 2011 and March 16, 2016 will take place. In 41 pages, the ICC details the findings of the preliminary investigation; important results are, for example: the killings are part of state policy and cannot be considered either “legitimate nor as mere excesses” of the anti-drug campaign; President Rodrigo Duterte encouraged killings; there is a clear link between the killings and the government’s official anti-drug campaign, and parallels with the killings in Davao City during Duterte’s time as mayor; investigations of the Philippine legal system are deficient; and: mostly poor populations are affected.

The Philippine government continues to claim that the ICC no longer has jurisdiction over the Philippines and will not cooperate for the investigation. Accordingly, Duterte’s government wants to deny the ICC further investigation and evidence gathering on the ground, and not allow members of the ICC to enter the country. Neri Colmenares, a government critic, and specialist in international human rights law, says that an investigation is also possible through digital communications and meetings in other countries. In addition, the ICC can issue arrest warrants before charges are filed, such as when alleged crimes continue or evidence is destroyed. For the time being, however, arrests can only be executed abroad if the state in question recognizes the ICC’s arrest warrant.

The human rights organization Karapatan sees the ICC’s decision as a “huge step in isolating and exposing abusers like Duterte.” The investigation may also affect the upcoming elections, Colmenares says: “There will be those who want to bring Duterte to justice and those who want to protect him from prosecution and imprisonment.”

Victims and survivors of the so-called war on drugs support an ICC investigation. A total of 212 collective, as well as some individual representations, for a total of 1503 individual victims and 1050 families were received as of August 13, 2021, for the preliminary investigation. According to the ICC’s Victims Participation and Reparations Section (VPRS), 94% of victims want a full investigation – with motivations to: identify and punish perpetrators; end impunity; prevent future crimes; learn the truth about what happened to victims and clear their names of false accusations; and making victims’ voices heard. Only five of the representations do not want an investigation because of fear of repression and retraumatization.

Background: On June 14, 2021, Fatou Bensouda, the (now former) Chief Prosecutor of the International Criminal Court (ICC), filed the formal 57-page request for judicial authorization to investigate crimes against humanity in the context of the so-called war on drugs. According to Bensouda, there is solid information about crimes against humanity in the period under investigation, between July 1, 2016, and March 16, 2019, through extrajudicial killings (EJK) of between 12,000 and 30,000 civilians. “Police and other government officials planned, ordered, and sometimes directly perpetrated extrajudicial killings,” and supportive public statements by state officials created a culture of impunity. In the request, . It is also seeking the inclusion of supporting materials as of November 1, 2011, which, if granted, could also hold Duterte accountable for his operation of the DDS as then-mayor of Davao City. The ICC is asking survivors and victims of the so-called war on drugs, or their representatives, to submit their representations by August 13 before the court’s Pre-Trial Chamber makes a final decision on the request for investigation. Organizations representing affected persons, ,as well as witnesses, survivors, and victims, are aware of possible risks such as intimidation and threats that participation in the lawsuit may bring. For many survivors, the possibility of a full investigation means at least an acknowledgement of their loss. “We’ve been waiting for this for so long. Many times, we felt tired, we felt hopeless but we held on. If we don’t keep on fighting for justice, the death of our loved ones will mean nothing,” said one of the complainants. Although the Philippine Supreme Court (SC) upheld its withdrawal from the ICC on March 17, 2019, while the preliminary investigation was already ongoing, the ICC still has jurisdiction over the case since the complaint was filed earlier. Nevertheless, an ICC investigation is only admissible if it can be proven that the Philippines is unable and unwilling to investigate the extrajudicial killings in the context of the so-called war on drugs with its own legal system. Whether Duterte or others would even face a sentence after conviction remains questionable. The ICC cannot conduct trials in absentia, and any arrest would thus be contingent on cooperation with Philippine law enforcement.