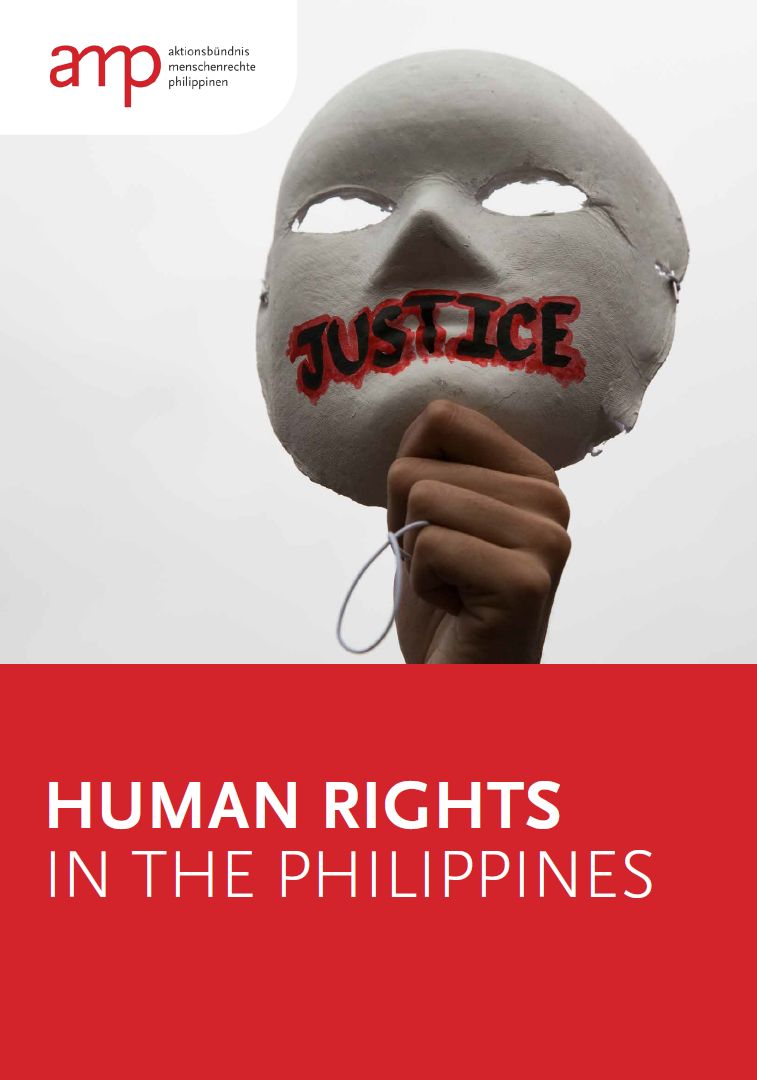 In this year’s commemoration of Human Rights Day on December 10, the Aktionsbündnis Menschenrechte-Philippinen (AMP) publishes its fourth report “Human Rights in the Philippines.”

The report describes the pattern of human rights violations during former President Duterte’s administration in the period between 2019 and 2022. It highlights the bloody “war on drugs” as well as the repression against human rights activists, the political opposition, indigenous peoples, and independent media. To date, the new government under President Marcos Jr. has failed to acknowledge the human rights violations committed under the Duterte administration and to hold perpetrators accountable.

At the launch, the AMP will present the key content of the report, followed by two inputs from Philippine partner organizations. The two speakers will elaborate further on the most recent developments regarding the issues of extrajudicial killings in the context of the “war on drugs” as well as of the criminalization of human rights defenders. The event will conclude with a discussion that provides room for questions and answers.