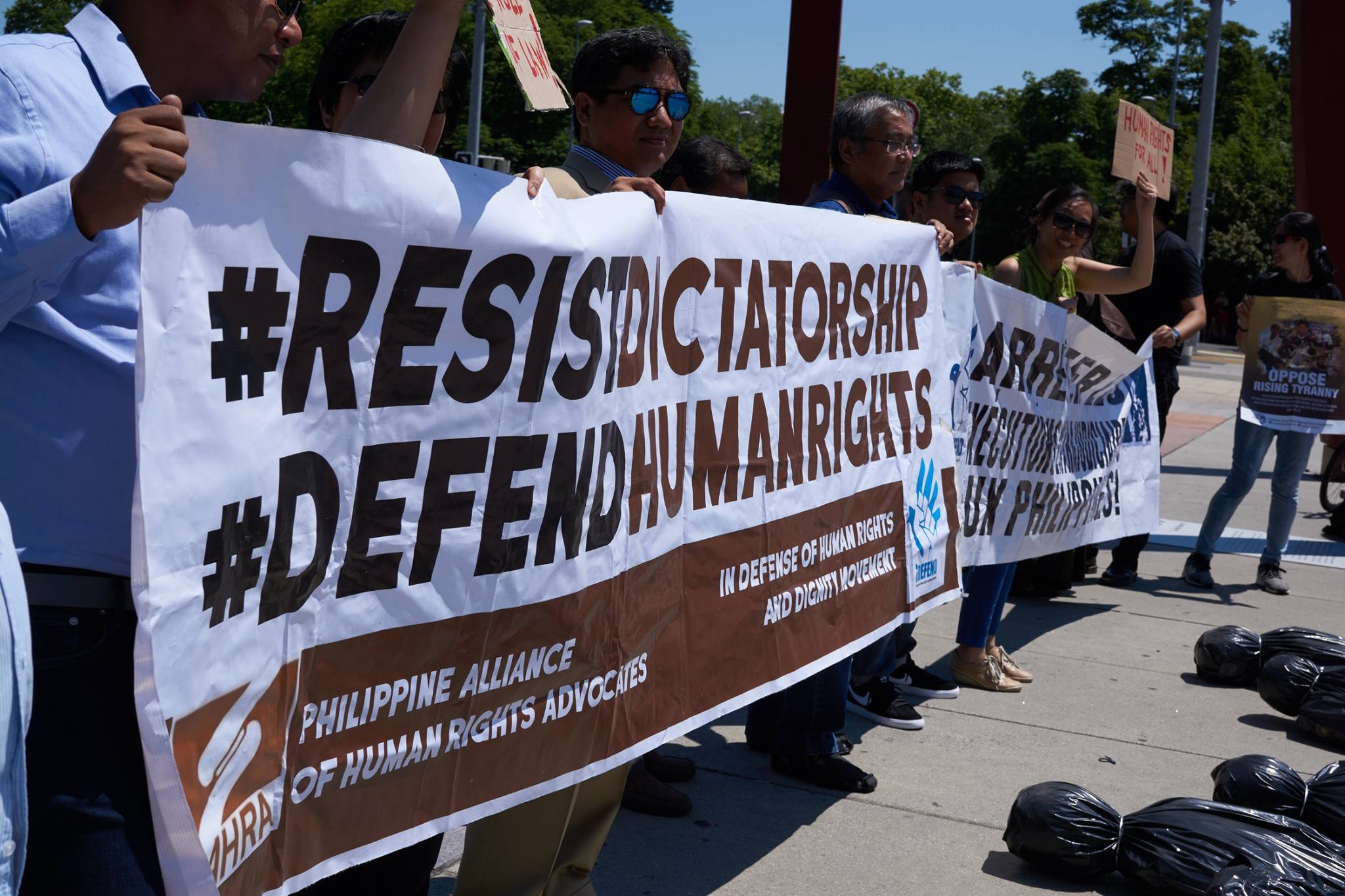 With the emerging results of the presidential election on May 9, 2022, broad civil society resistance and unrest erupted. Not surprisingly, supporters of the political opposition and several activists were in dismay about the landslide victory of Ferdinand “Bongbong” Marcos Jr. and Sara Duterte-Carpio. Concerns are high that the human rights situation in the Philippines will continue to deteriorate.

Several demonstrations took place across the country, led by youths, students, human rights activists, and survivors of the Marcos dictatorship. Their protests were directed against both the re-entry of another Marcos into the presidential palace as well as against the irregularities and alleged violations during the electoral process*. The initiative “Campaign Against the Return of the Marcoses and Martial Law” (Carmma) rejects the election results as inacceptable: ‘A possible win based on a campaign built on blatant lies, historical distortions and mass deception is tantamount to cheating your way to victory.’ The election results are also painful for educators who are supposed to teach young people about the country’s history.

Neither “Bongbong” Marcos Jr. nor Duterte-Carpio have distanced themselves so far from the human rights abuses committed under their fathers’ governments. Accordingly, the human rights group Karapatan is calling on the Philippine society to strongly reject the Marcos-Duterte tandem and stand up against human rights violations.

The electorate’s reactions and concerns can be found on the online platform Twitter under the hashtag #ElectionAftermath. The comment ‘Buckle your seatbelt. The dark side of history is yet to come’ reflects the fear of many Filipin@s that a Marcos dictatorship could repeat itself. Another Twitter comment shares concerns about the right to freedom of speech: ‘Imagine what they can do with a state-controlled media and massive resources.’

* For more information on election observations, read our article “Monitoring the Elections – A Review of the Campaign and Election Day”.

Read here the AMP statement on the 2022 presidential election.