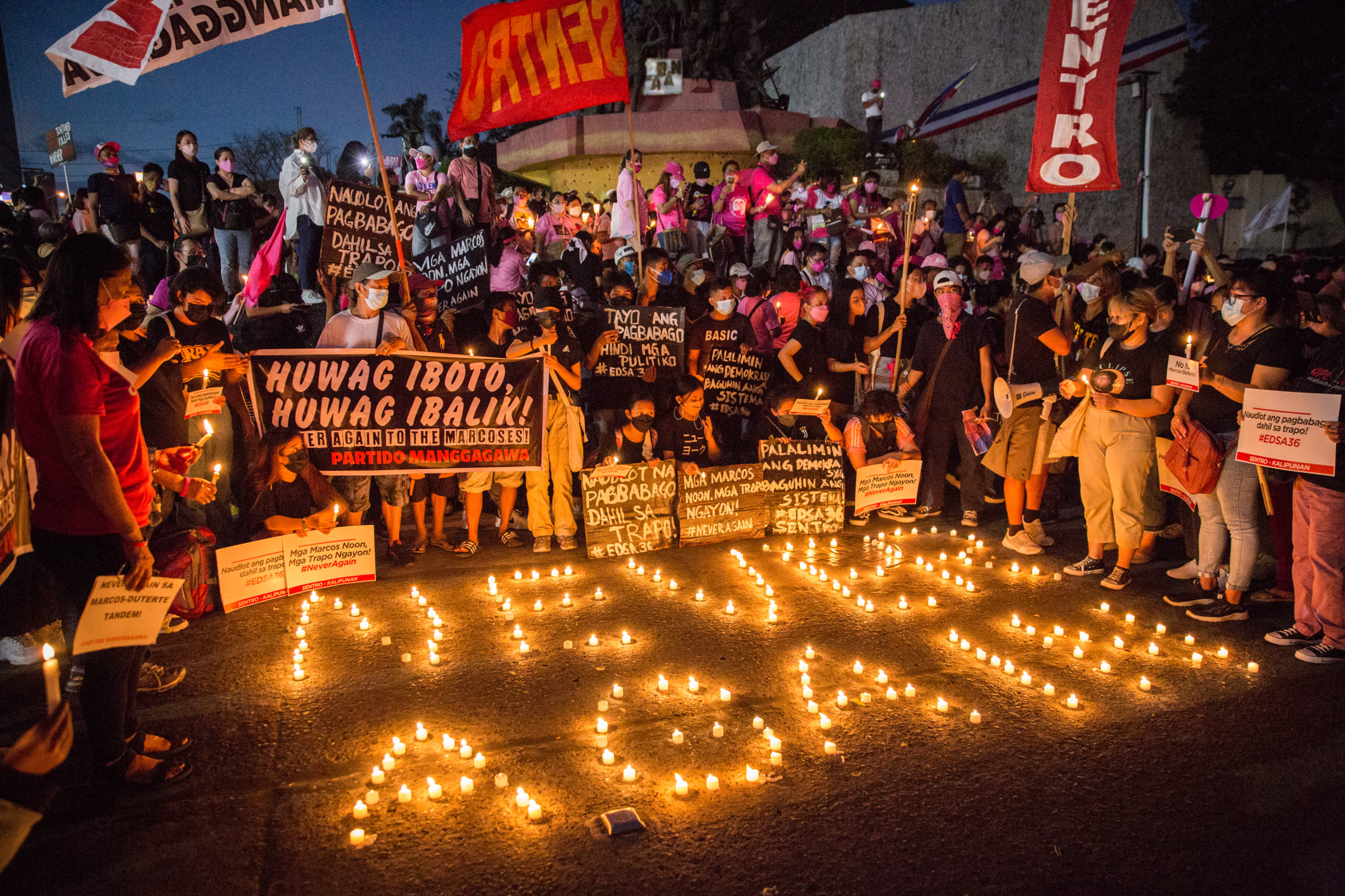 In his first State of the Nation Address (SONA) on July 25, 2022, however, Marcos named a long list of policies without any concrete targets or plans. Economy recovery, a return to face-to-face classes for students and food security stated Marcos as the main priorities of his new government. Yet, Marcos left the issue of human rights and the need for accountability for the many human rights abuses committed under his predecessor’s and his father’s administration completely untouched. He also remained silent on the still suspended International Criminal Court’s investigation on the alleged crimes against humanity over the extrajudicial killings during former President Duterte’s term both as president and mayor of Davao City. Moreover, Marcos barely mentioned in his speech the security issues in the country as well as the stalled peace process with the communist insurgency and the challenges the Bangsamoro Autonomous Region in Muslim Mindanao is facing.

Cristina Palabay, secretary-general of the human rights group Karapatan, stressed that Marcos failed to mention the issues of “press freedom, disinformation, death penalty, and [the lack] […] of domestic accountability mechanisms.” Marcos’ silence over these issues, said Palabay, indicates a lack of political will to shift the policies of the previous Duterte administration as well as the risk of a further “closing of democratic spaces.” Carlos Conde from HRW also believes that the new government will not take up accountability for past human rights abuses.

Marcos’ tempered rhetoric differs significantly from his predecessor’s aggressive speeches, which opened again the doors of the international community to the Philippine government: Marcos was invited to several diplomatic visits, including to the US and the EU in Brussels. US President Joe Biden’s invitation to the White House has also secured Marcos’ immunity in the country – despite a pending 353 million dollars contempt judgement issued by a court in Hawaii in relation to a human rights class suit against his father.

The Philippine National Police initially discouraged the public to hold rallies during Marcos’ SONA. Yet, progressive groups under the Bagong Alyansang Makabayan (Bayan) coalition gathered and marched along the Commonwealth Avenue while calling on President Marcos to address the issue of rising commodities prices, ensure environmental protection and to prioritize human rights accountability. Human rights groups like Samahan ng Ex-Detainees Laban sa Detensyon (SELDA) also made clear that they will continue to seek accountability and reparations from the Philippine government for victims of human rights violations.