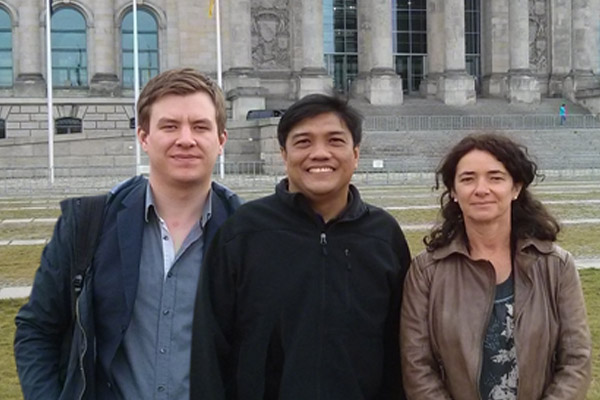 From October 8-10, the Aktionsbündnis accompanied Mervin Toquero, responsible for human rights at the National Council of Churches in the Philippines, on his visit to Berlin. During meetings with the German Foreign Office, protestant church leaders, and Parlamentarian Frank Heinrich, Mervin described the human rights situation in the Philippines.

He called on the German government to pay more attention to the conflict between the Philippine government and the NDFP. The military still denounces peaceful, political activists as communist rebels who then become victims of severe human rights violations.

United Church of Christ in the Philippines (UCCP) Pastor Benjie Gomez was arrested on June 6, 2021, in Nothern Zamboanga. Gomez,...

END_OF_DOCUMENT_TOKEN_TO_BE_REPLACED

Philippines again under supervision because of ‚gray‘ financial flows

The Financial Action Task Force (FATF), a Paris-based dirty money watchdog, decided on June 25, 2021, to include the Philippines...

END_OF_DOCUMENT_TOKEN_TO_BE_REPLACED

Duterte one of the 37 „Press freedom predators“