Romeo Capalla, a detainee during the Martial Law period, was a founding member of the Panay chapter of SELDA (Samahan ng mga Ex-Detainees Laban sa Detensyon at Aresto), an organization which supports political prisoners all over the country. He later devoted his life advocating the production of fair trade and organic food as the chairperson of the board of directors of the Panay Fair Trade Center (PFTC).

Unidentified gunmen shot him dead on March 15, 2014, at the market of Oton, Iloilo on the island of Panay in presence of his 90-year-old mother-in-law. Dionisio Garete, another PFTC member, was killed a few weeks later, on May 28, 2015. Members of PFTC were victims of repression in the past. In 2005, Capalla, then PFTC manager, already faced trumped-up charges for destructive arson. He was arrested in August 2005 and spent two months in prison. Ruth Salditos, current PFTC president, has been denounced as a terrorist by the military. She was facing trumped-up charges for rebellion accusing her of attempted murder and the use of unlicensed firearms and explosives.

The suspected perpetrators in Capalla’s murder are members of the paramilitary group Revolutionary Proletarian Army – Alex Boncayao Brigade (RPA-ABB). The group signed a peace agreement with the government in 2001 which provided that they were allowed to keep their weapons. Tolerated by state security forces, they were since then operating as mercenaries and hitmen for local politicians and big landowners on the islands of Panay and Negros. Dionisio Garete was threatened by members of the RPA-ABB in January 2014 not to engage in PFTC work anymore. Arrest warrants were issued against alleged members of the RPA-ABB a few days after the murder of Romeo Capella. The Philippine Supreme Court closed the investigation into Capalla’s murder without bringing the perpetrators to justice.

The AMP Human Rights Report from 2017 documents the Capalla case on page 12.

In 2014, the AMP sent appeal letters to the Philippine government, demanding that an immediate and impartial investigation be launched into the Capalla murder case and that the perpetrators be held accountable.

Download (PDF): AMP Letter of Appeal to the President on the Murder of Romeo Capalla 2014

Download (PDF): AMP Letter of Appeal to the Department of Justice Secretary on the Murder of Romeo Capalla 2014 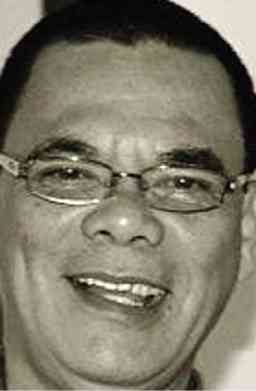