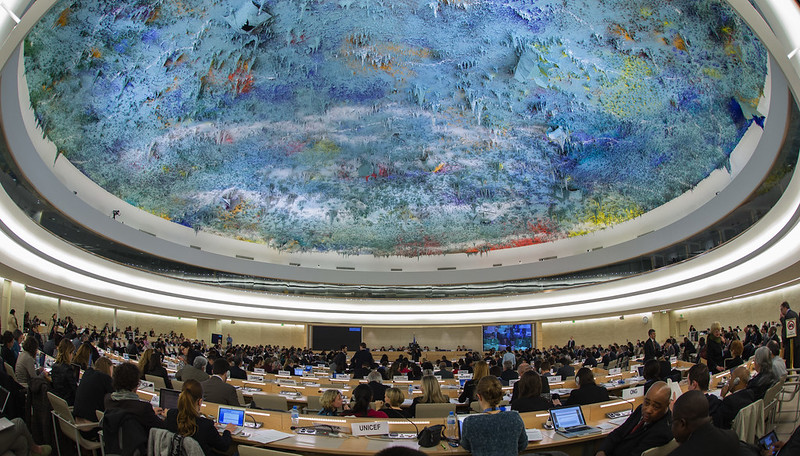 Michelle Bachelet, the United Nations High Commissioner for Human Rights (UN OHCHR), said on October 7 during the 48th session of the UN Human Rights Council that she remains concerned by continuing reports of serious human rights violations in the Philippines. She urges the Philippine government to release for further investigation 52 cases of anti-drug related police operations resulting in deaths, involving a total of 154 police officers. As progress she cites, for example, the Supreme Court’s (SC) decision that judges may no longer issue search warrants outside their areas of jurisdiction. At the 51st session of the UNHRC, she will revisit the partnership of the three-year UN Joint Programme (UNJP).

Human rights groups, however, continue to call for the UNHRC to launch an independent investigation, saying the UNJP is not effective regarding ongoing attacks on human rights defenders. “The terror law remains a Damocles sword hanging over the heads of human rights defenders, humanitarian workers, journalists and opposition members, as the 2022 national elections near,” the human rights organization Karapatan expressed. CIVICUS, a global alliance of civil society organizations, also appeals to the UNHRC in its statement to exert more pressure on the Philippine government – on the one hand, for it to actively prevent human rights violations, and on the other, for it to cooperate with the International Criminal Court’s investigations. In a joint statement, human rights organizations (including the International Association of Democratic Lawyers [IADL] and the National Union of Peoples’ Lawyers [NUPL]) call for the implementation of international investigative mechanisms for human rights violations in the Philippines.