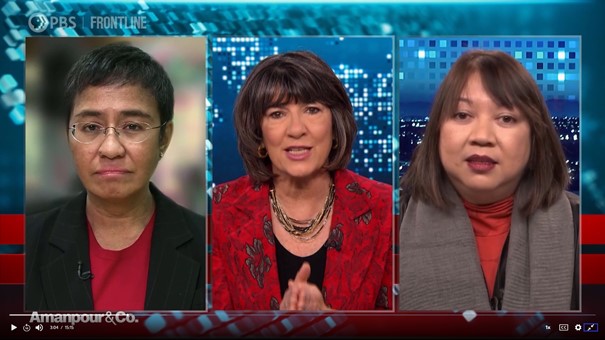 In light of the recently released documentary “A thousand cuts” which follows Maria Ressa, journalist and CEO of rappler, Christiane Amanpour talked with film maker Ramona Diaz and Maria Ressa about disinformation and its consequences for the people. The documentary portraits President Rodrigo Duterte’s war on the press, the spread of disinformation on social media and Ressa’s efforts to stay strong within this crisis. During the interview all three agree that disinformation is a global issue and that it has consequences everywhere – be it in the US or the Philippines. However, Ressa stresses that the consequences are far more dangerous in a country like the Philippines, “because our institutions are weaker.” She emphasises that it is vital that everybody is able to tell facts from fiction in order for democracy to work. The interview can be watched here.