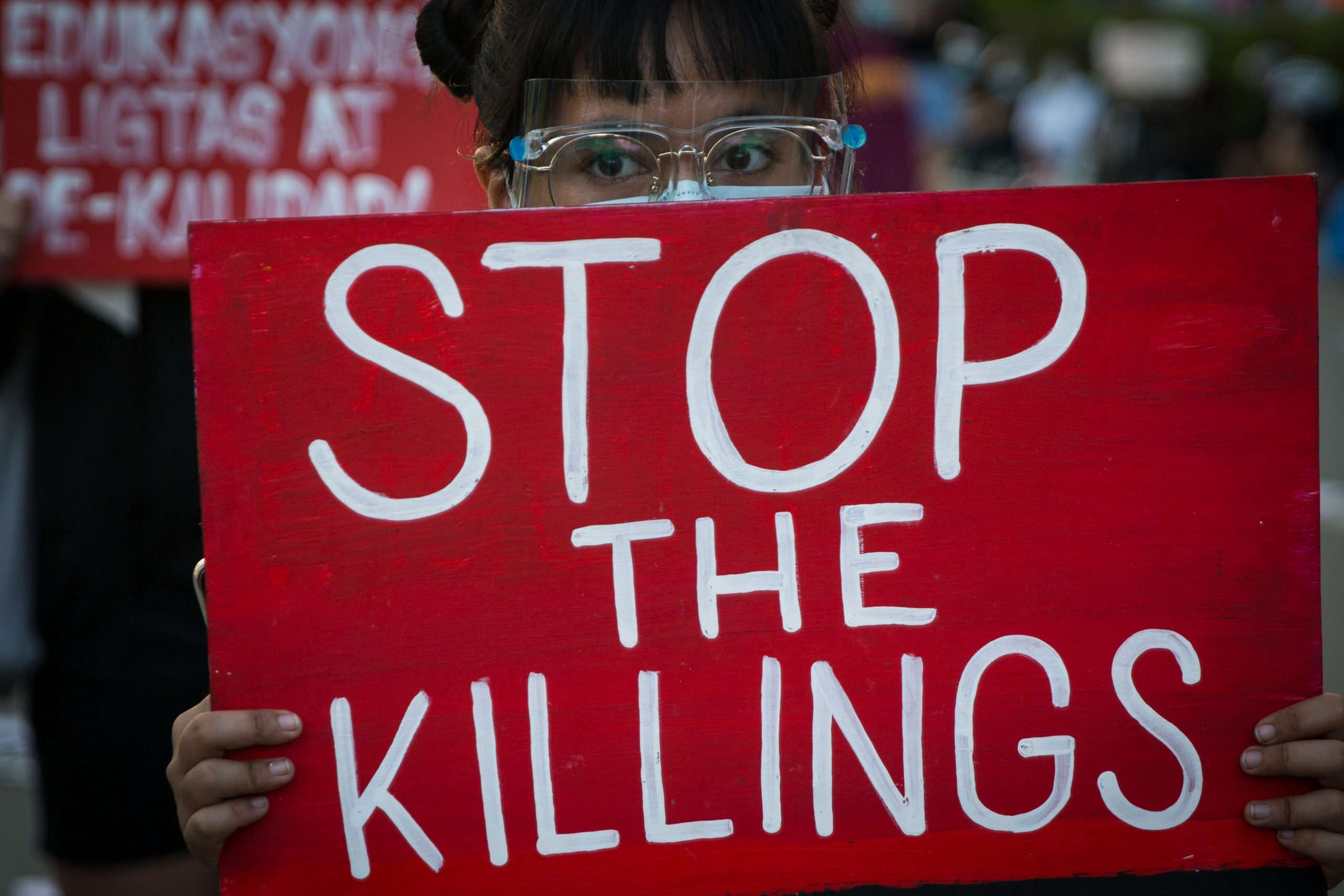 On 8 September 2022, the Philippine government announced that it would reject the request of the Chief Prosecutor of the International Criminal Court (ICC) to reopen the investigation into the numerous extrajudicial killings (EJKs) in the context of former President Rodrigo Duterte’s so-called “war on drugs.” The government argues that the named killings do not qualify as crimes against humanity. Moreover, the government says there are already ongoing relevant investigations. However, a recent ICC report indicates that “no compelling evidence” was found to indicate that the government is conducting serious investigations into the drug war-related killings.

In view of the 51st session of the UN Human Rights Council this September 2022, human rights groups were calling for another UN resolution and an independent UN-investigation into the EJKs related to the “anti-illegal drugs policy” in the Philippines to ensure justice for the many victims of killings. The report of the UN Office of the High Commissioner on Human Rights from September 13, 2022, acknowledges the alleged progress of the technical cooperation of the UN and the Philippine government with respect to the UN Joint Programme to strengthen domestic accountablity structures. The report also noted remaining challenges such as limited access to justice for victims of EJKs. Recommendations to the Philippine government include, among others, to revise the anti-illegal drugs policy and “pass proposed legislation on human rights defenders” protection.

The Marcos administration has emphasised the continuing of the “anti-illegal drugs policy” with a focus on prevention and rehabilitation. Yet, without a “clear public order to end alleged drug war abuses” the government’s statetment remains implausible, as the NGO Human Rights Watch recently stated. Notwithstanding that, brutal EJKs have continued and impunity for perpetrators has remained:

Two unidentified men on motorcycles, for instance, shot dead former Bagacay barangay chairman Mhelvin Cabales in Ibajay Aklan on August 8, 2022 in front of his family. Another unidentified man shot dead a 28-year-old man in a public jeepney on Quezon Boulevard in Barangay 25-C in Davao City on August 11. The day before, Anurturu barangay chairman Roberto de Ocampo was also shot dead by two unknown persons on motorcycles in Rizal, Cagayan. In Catbalogan City, Samar, two men were found dead in the sea in Samar after attending a fiesta in Barangay Darahuway Dako on August 17 and 18. On August 21, two unidentified bodies with suspected gunshot wounds were found in San Miguel, Bulacan, along a road in a remote village. The following day, four more dead bodies were found in a parked car in Montalban, Rizal.

Among many relatives of victims of killings in the “war on drugs” persists a fear of also being murdered. The “Writ of Amparo” procedure can offer some protection in this regard. On August 18, 2022, the Philippine Commission on Human Rights welcomed the Supreme Court’s (SC) decision to use the Amparo procedure as a safeguard against EJKs.

On August 9, 2022, the SC upheld the issuance of a “writ of amparo” to widow Christina Gonzales. The court had previously ruled that the death of her husband Joselito Gonzales in a police drug operation in Antipolo City counts as a case of “extralegal killing.” Mrs. Gonzales had “reason to fear that her life would meet the same fate as that of her slain husband,” the court said.

A Court of Appeals’ decision in April 29, 2019 also recommended the filing of appropriate civil, criminal and administrative actions against the law enforcement officers and issued a permanent protective order prohibiting them from moving within one kilometre of Gozonales’ home as well as work address.

The “Writ of Amparo” procedure is also being requested by other progressive groups, for example in the case of the missing activists Elizabeth “Loi” Magbanua and Alipio “Ador” Juat.